Our Own Oscars' Night In Seoul 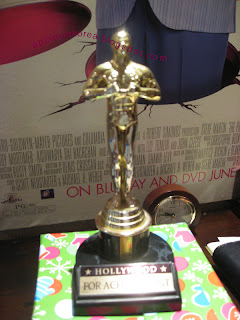 I always look forward to watching the Academy Awards to see if my favorite actors and movies get to bring home the Oscar. 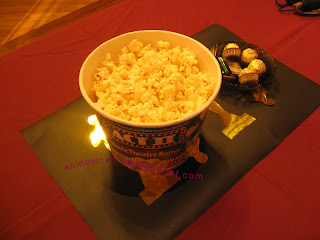 And although I have seen a few Hollywood A-listers (yes, I have seen Nicolas Cage, Tom Cruise, Angelina Jolie and Brad Pitt up close) here in Seoul, I still would have wanted to be at the Kodak Theater to see them walk the red carpet on Oscars' night. 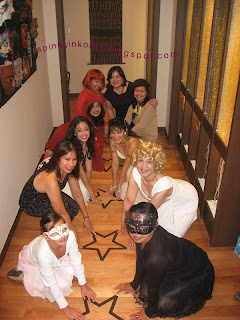 And so, to celebrate Hollywood and its movies, a few  Hollywood movie fans gathered to celebrate our own Oscars' night, not at the Kodak Theater, but at Fay and Pong's home in Hannam-dong in Seoul.

We all showed up all right, but not as ourselves. We came as a Hollywood movie character. 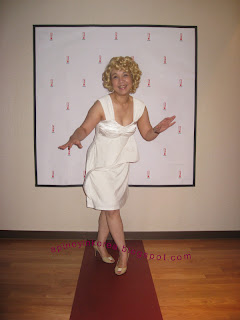 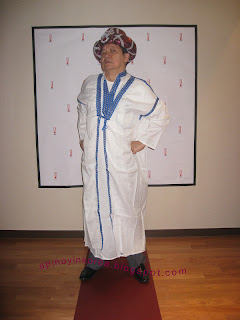 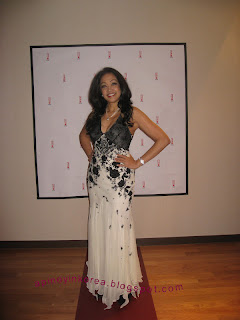 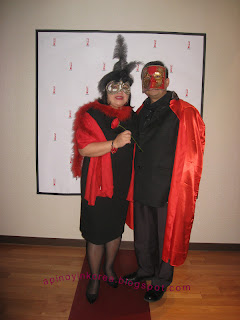 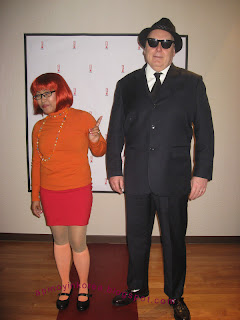 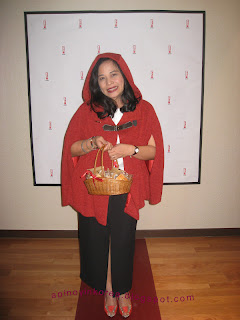 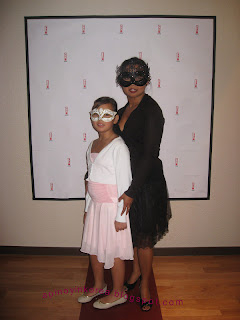 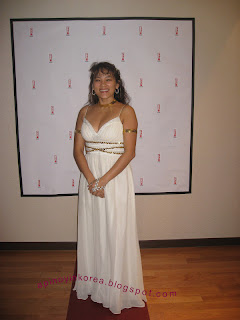 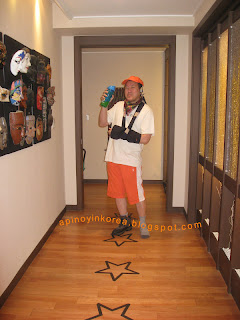 And since I have been busy at work, I didn't have time to look for a complicated movie character's costume. So I thought of the simplest one I could think of: James Franco in 127 Hours. I reviewed the movie and knew very well his look: a shirt, shorts and a stubble. And since I couldn't afford not to shave for 5 days, my razor stayed dry that morning.

And our hosts creatively transformed their living room into a mini-Hollywood with movie posters, a starry Walk of Fame, a long velvet strip of paper turned 'red carpet', popcorn and, of course, a mini-Oscar trophy (which I actually bought from a souvenir shop next to the Grauman's Chinese Theater in Hollywood). 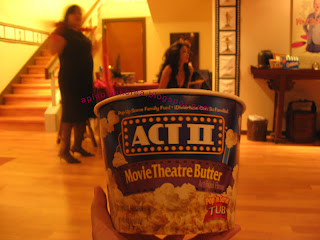 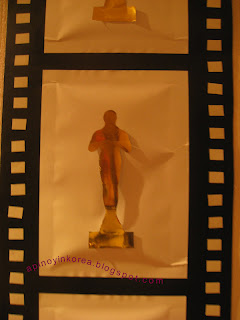 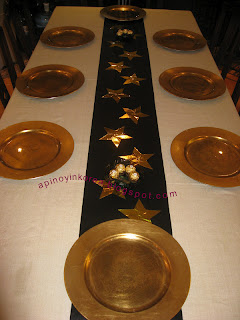 And that night, Marilyn Monroe, Lawrence of Arabia, the Black Swan and a very young White Swan, Red Riding Hood, Velma of Scooby-Doo, a Blues Brother, Johnny Cash, Helen of Troy, and the Phantom of the Opera and his bride all showed up at the red carpet, er, Fay and Pong's front door.

But like the Oscar after-parties, we had yummy food (and even yummier desserts!) and fun games. We had a name-that-movie-theme-song contest and movie charades in keeping with our party theme. 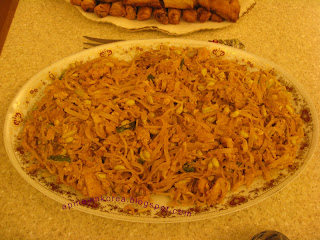 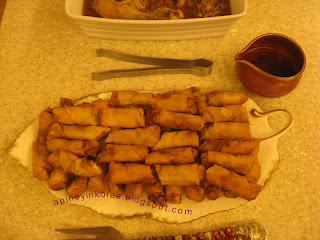 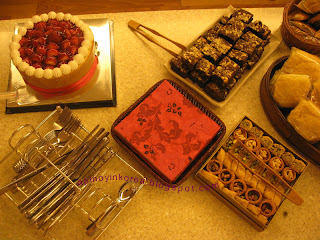 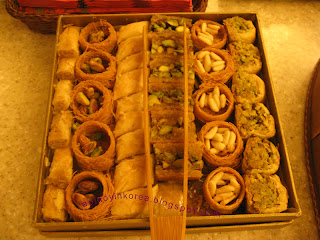 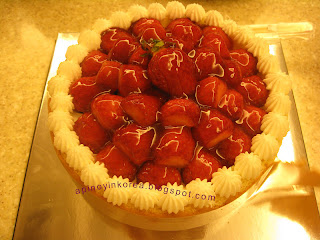 And since it's an awards night, the Oscars were naturally given away to deserving 'Best' in something character. (Actually, everyone got an award!). 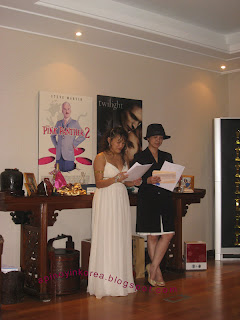 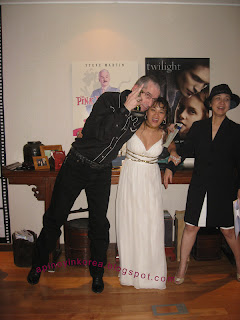 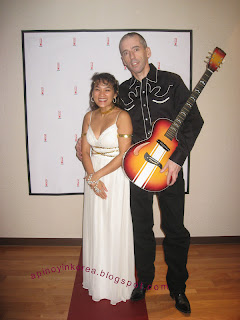 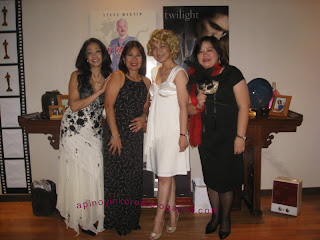 It was definitely fun playing some movie character, even just for a night. Now, I know how Cinderella felt. Ha-ha-ha!  And while she also lost one of her glass slippers, I lost my left boot.


Our own Oscars' night may not have been attended by the Hollywood A-listers, but at least we were able to celebrate, in our own fun way, our love of the cinema and a few of our favorite movie characters. 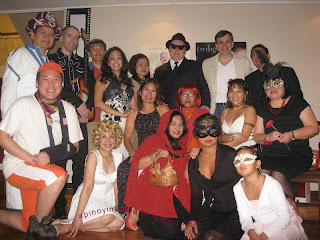 See you all at the Oscars!
Posted by Alphonse at 18:13