A Cold Day. A Short Walk. A Gray River. 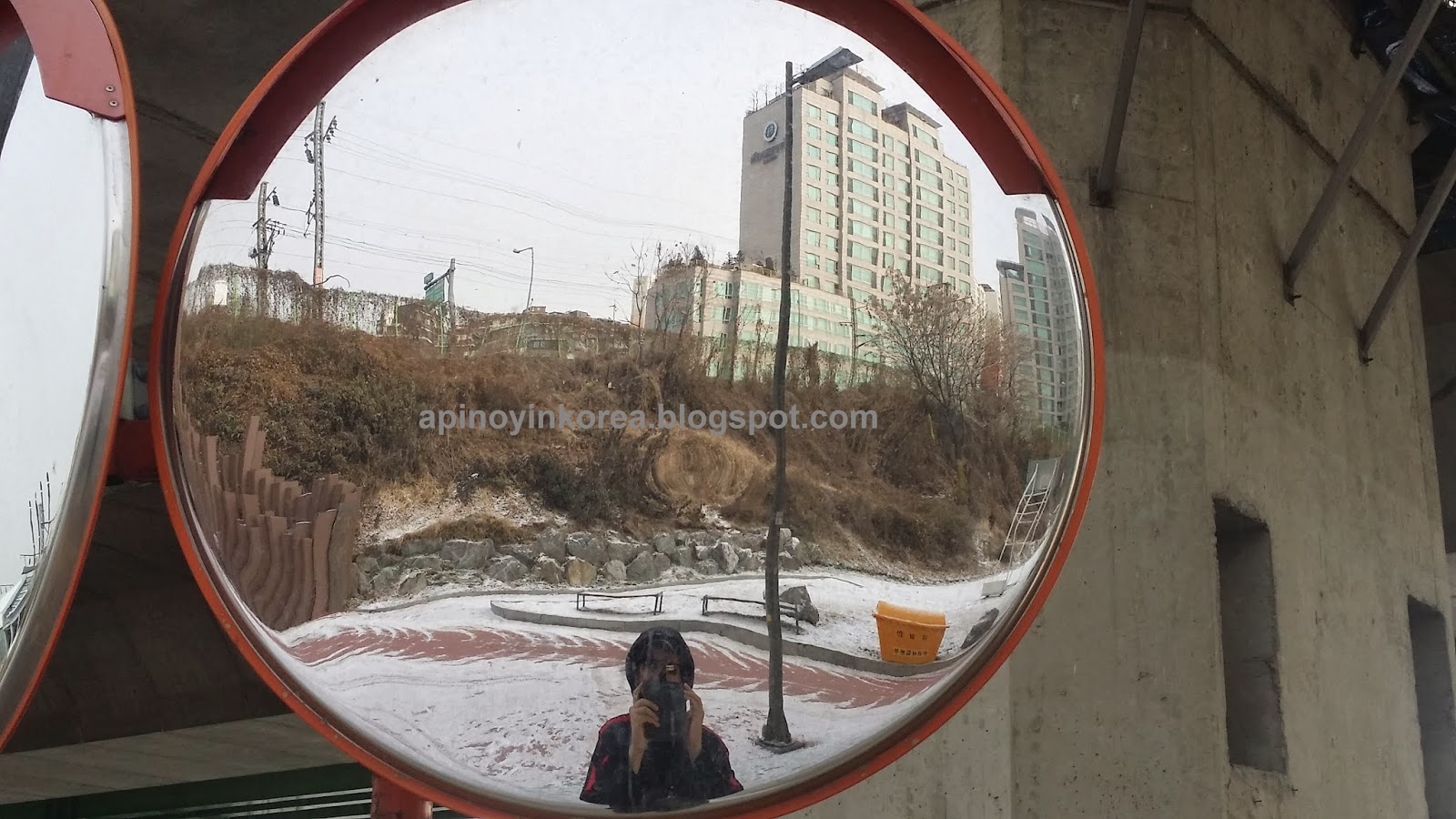 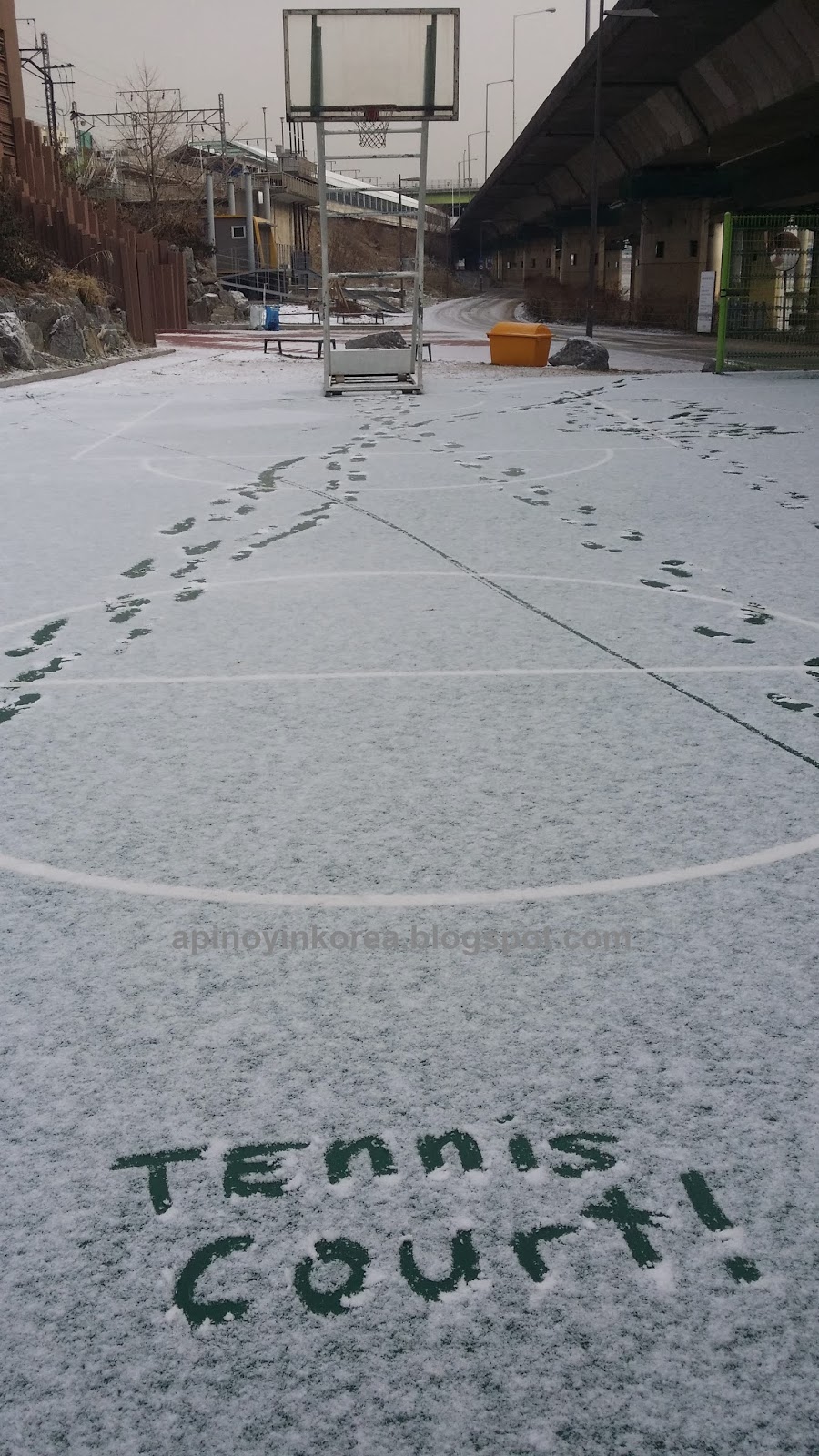 (Writing on a thin snow) 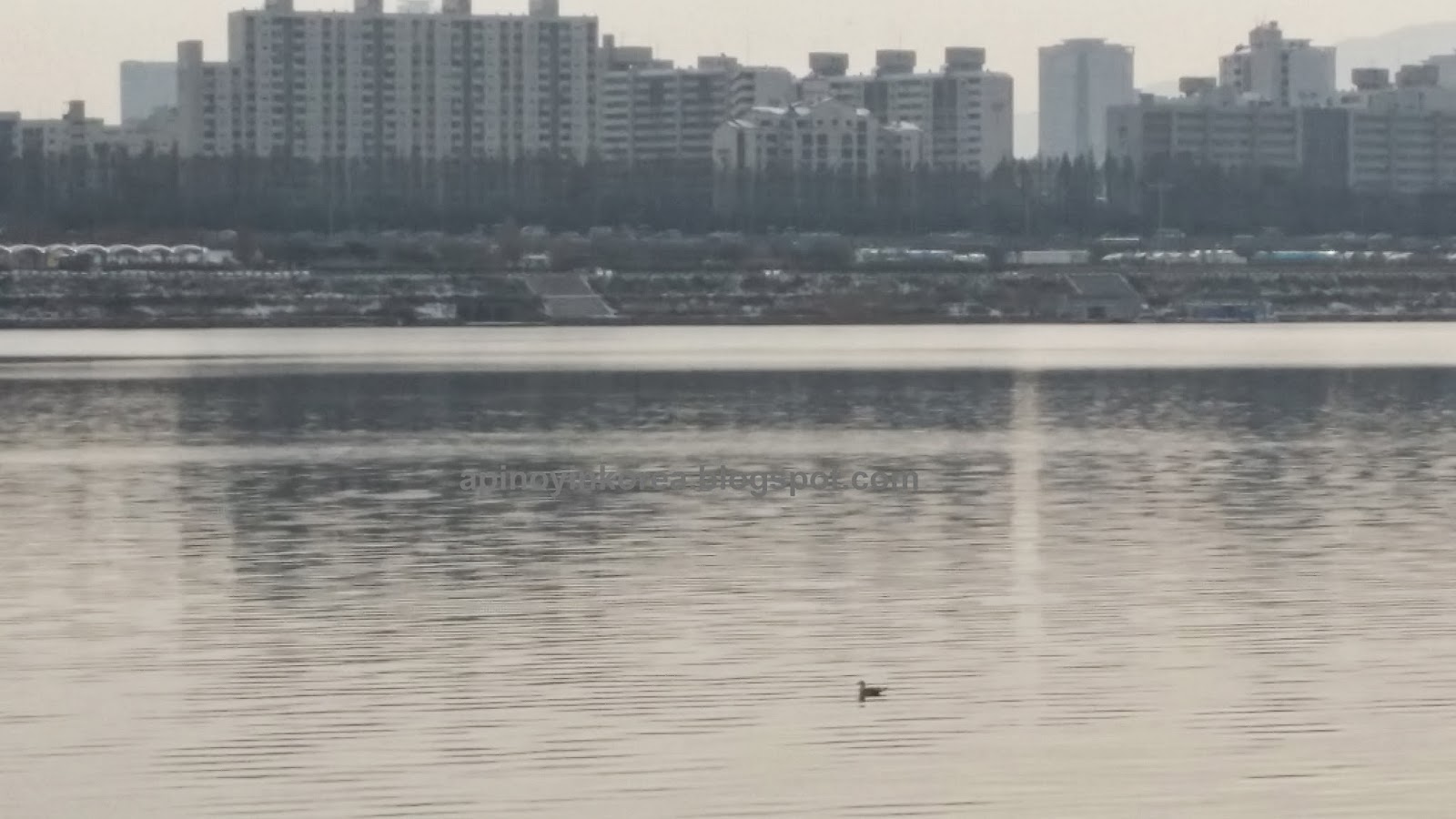 But on one cold winter day, I wasn't about to cross the Han River. I intended to just walk along it.


Thanks to the Seoul City Government for creating parks along the Han River. There are biking and jogging paths for everyone who needs some exercise but doesn't want to stay indoors in the gym. 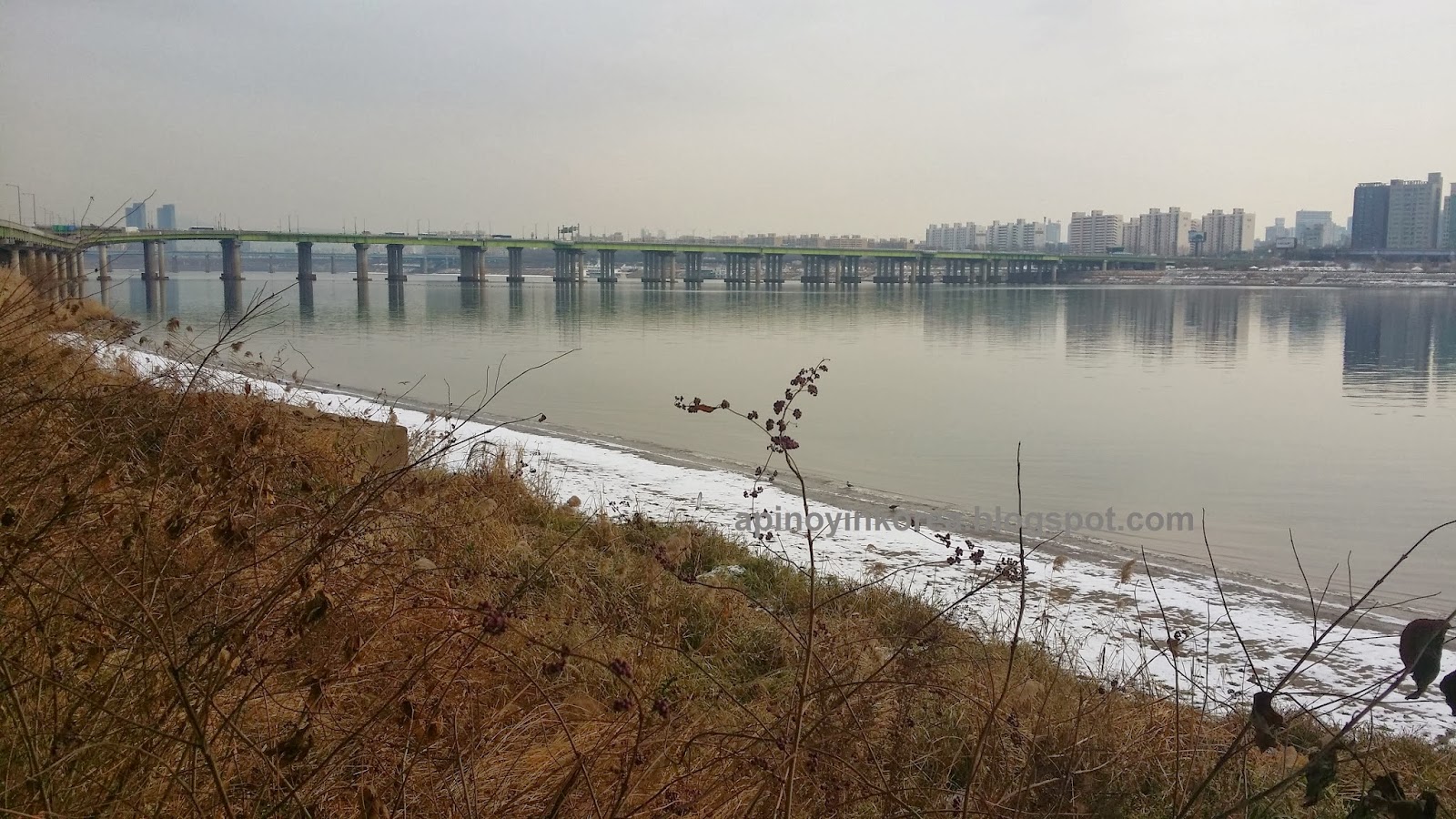 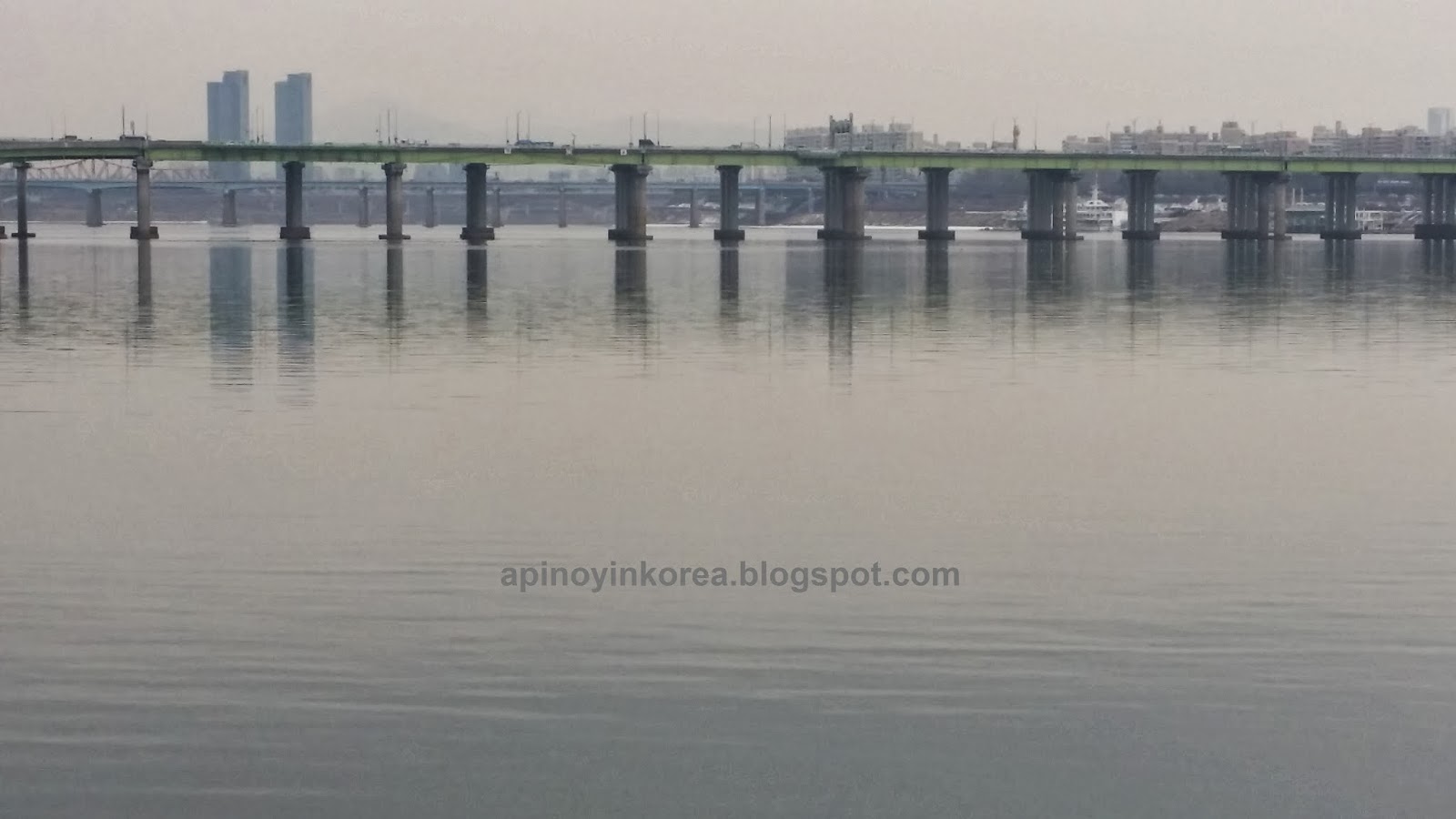 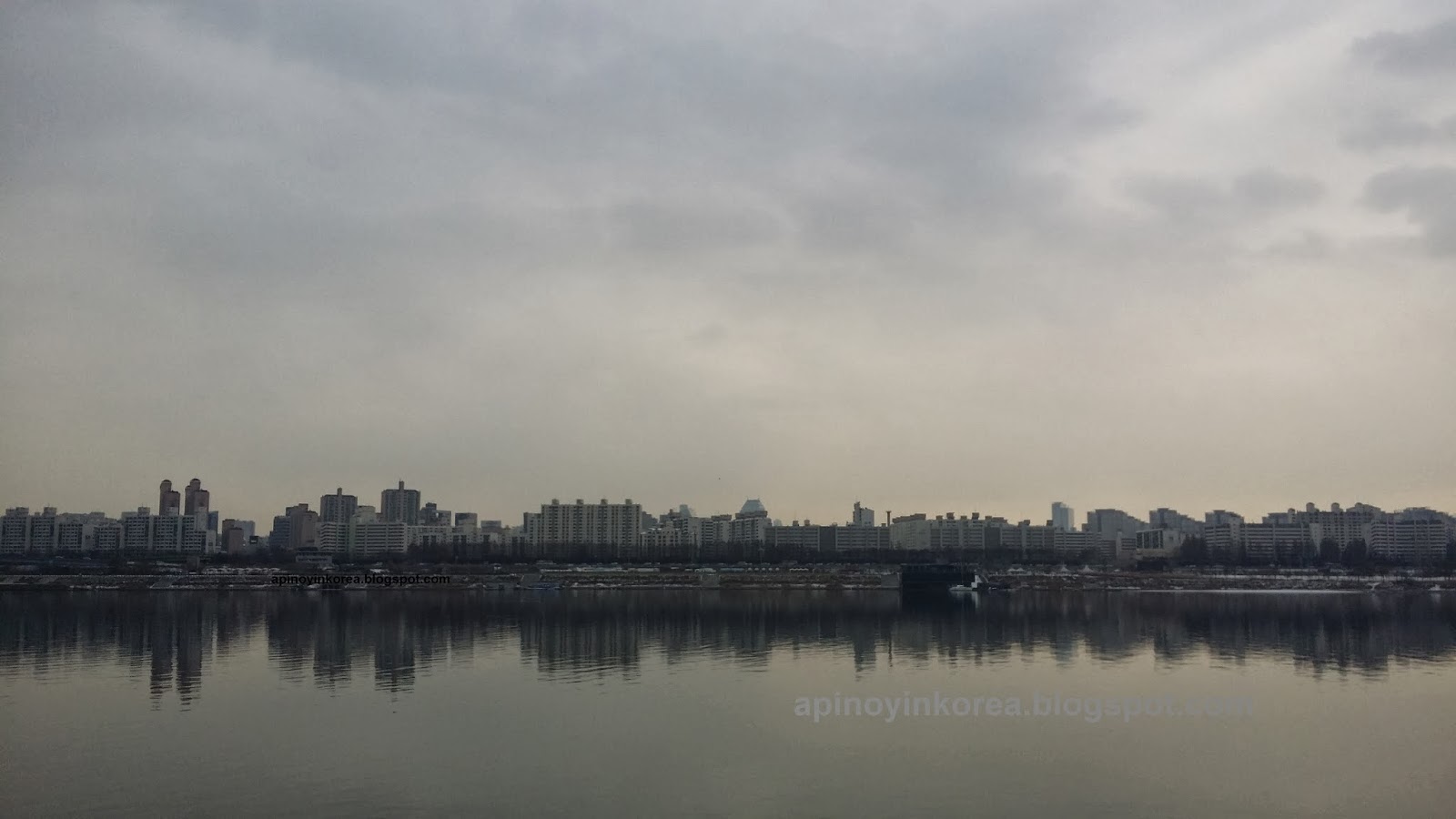 These parks along the Han River are accessible to the residential areas next to it. And for me, I just simply needed to walk towards the area near the Hannam Station, where there's an access to the river. 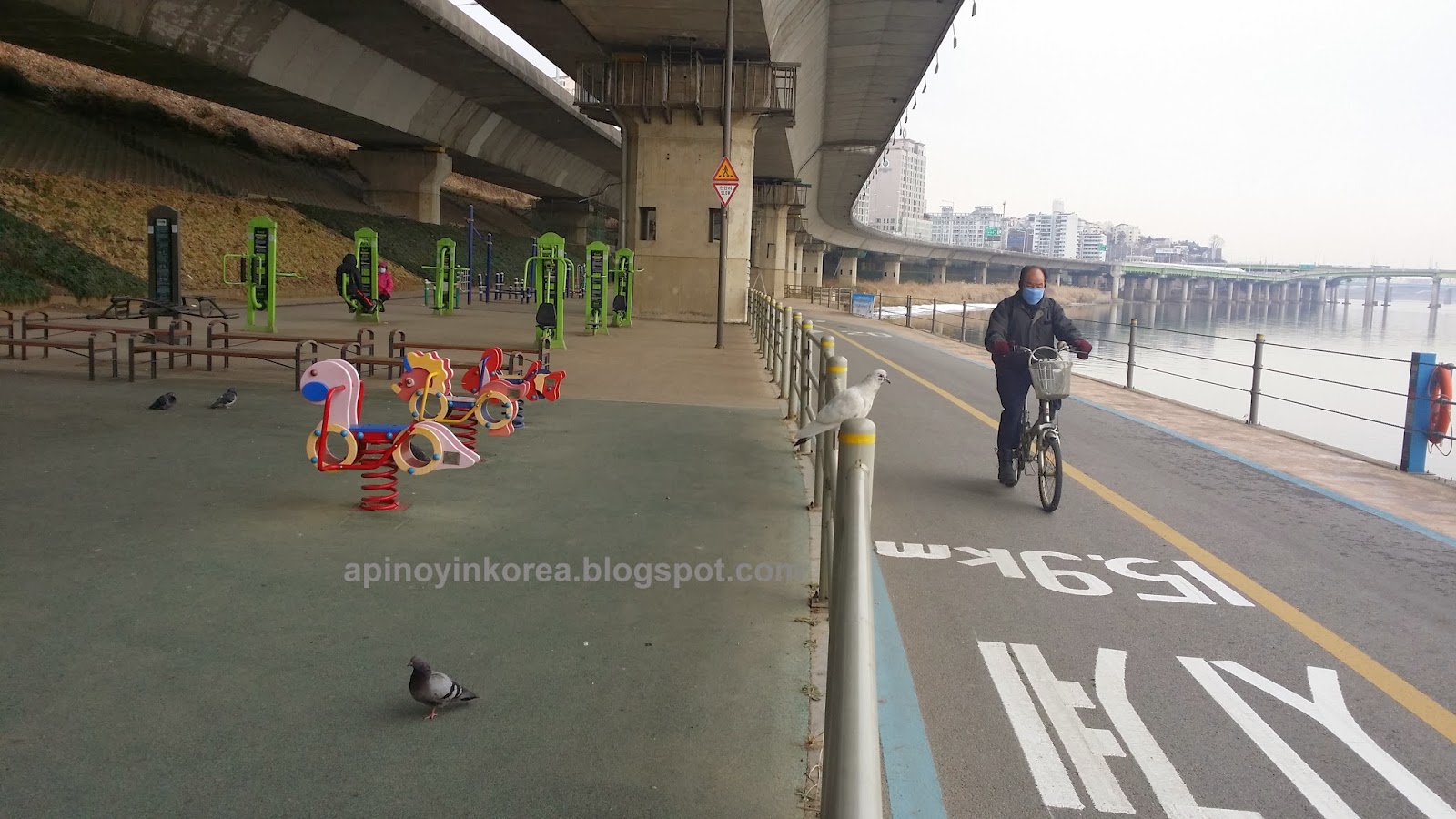 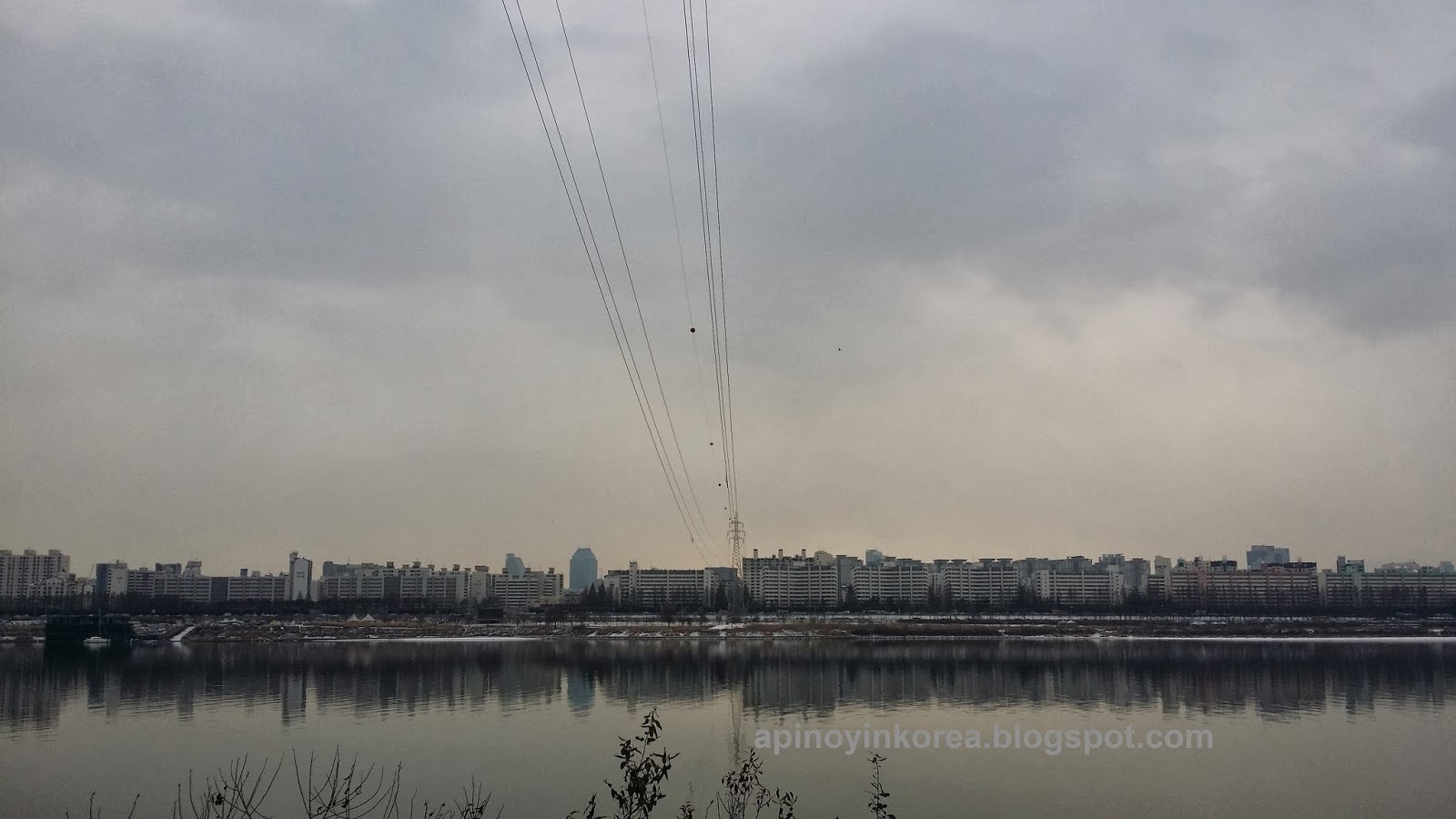 Though freezing temperatures may not be the most enjoyable companion while taking a stroll next to a cold river, one just has to entertainment oneself to make it so. Luckily, there were a few bikers, joggers and a few pigeons who were also braving the cold weekend outdoors. 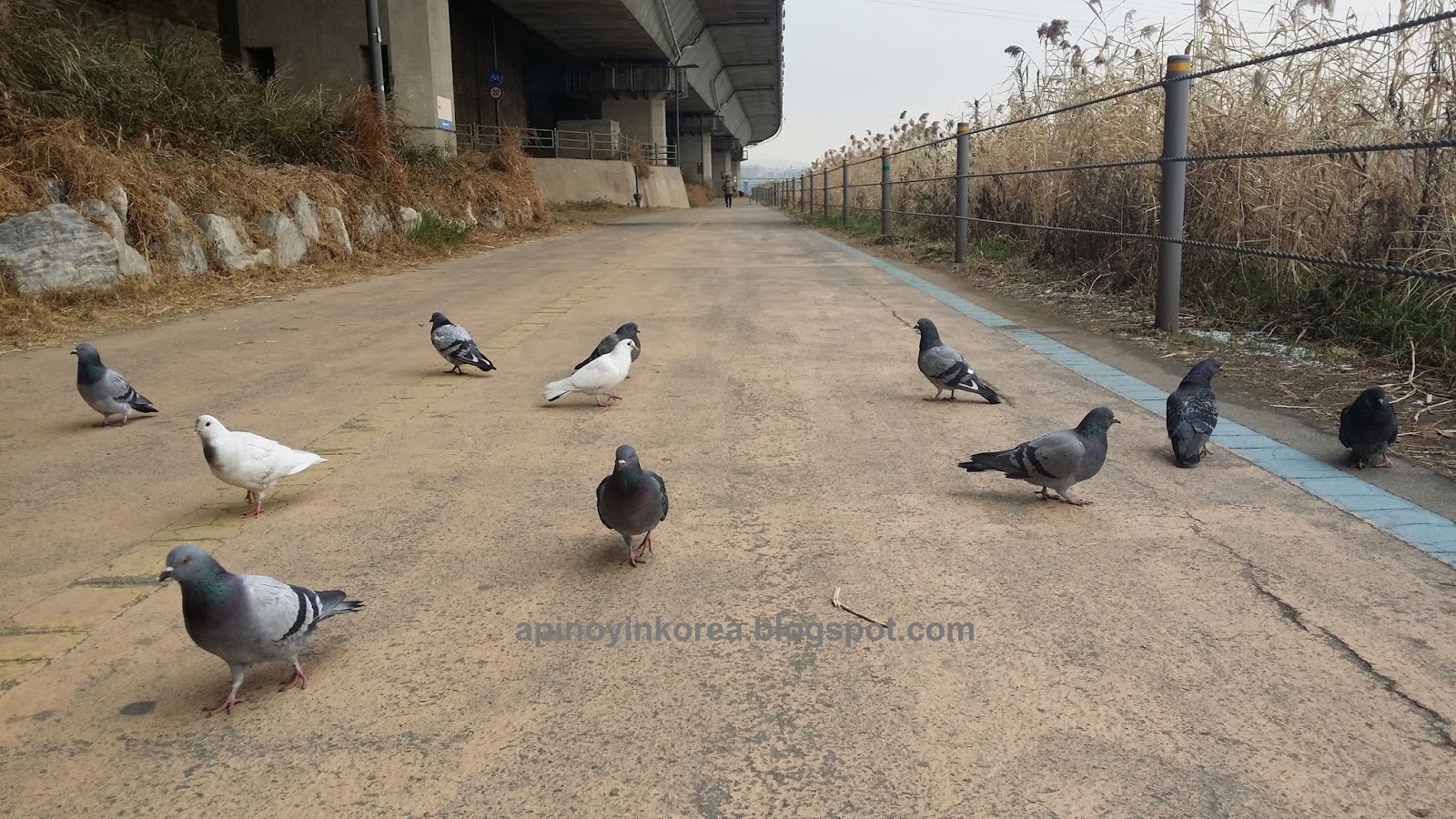 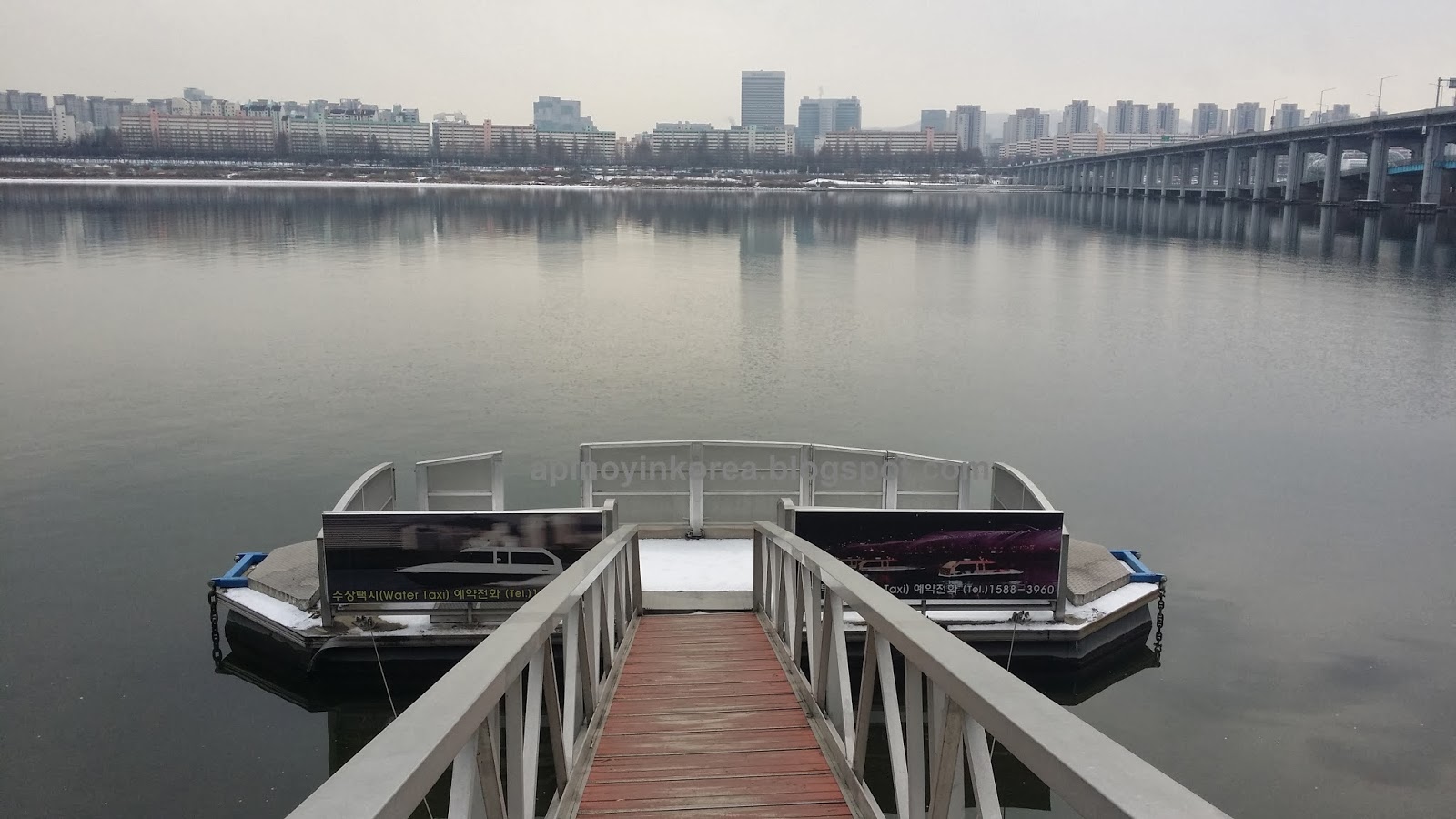 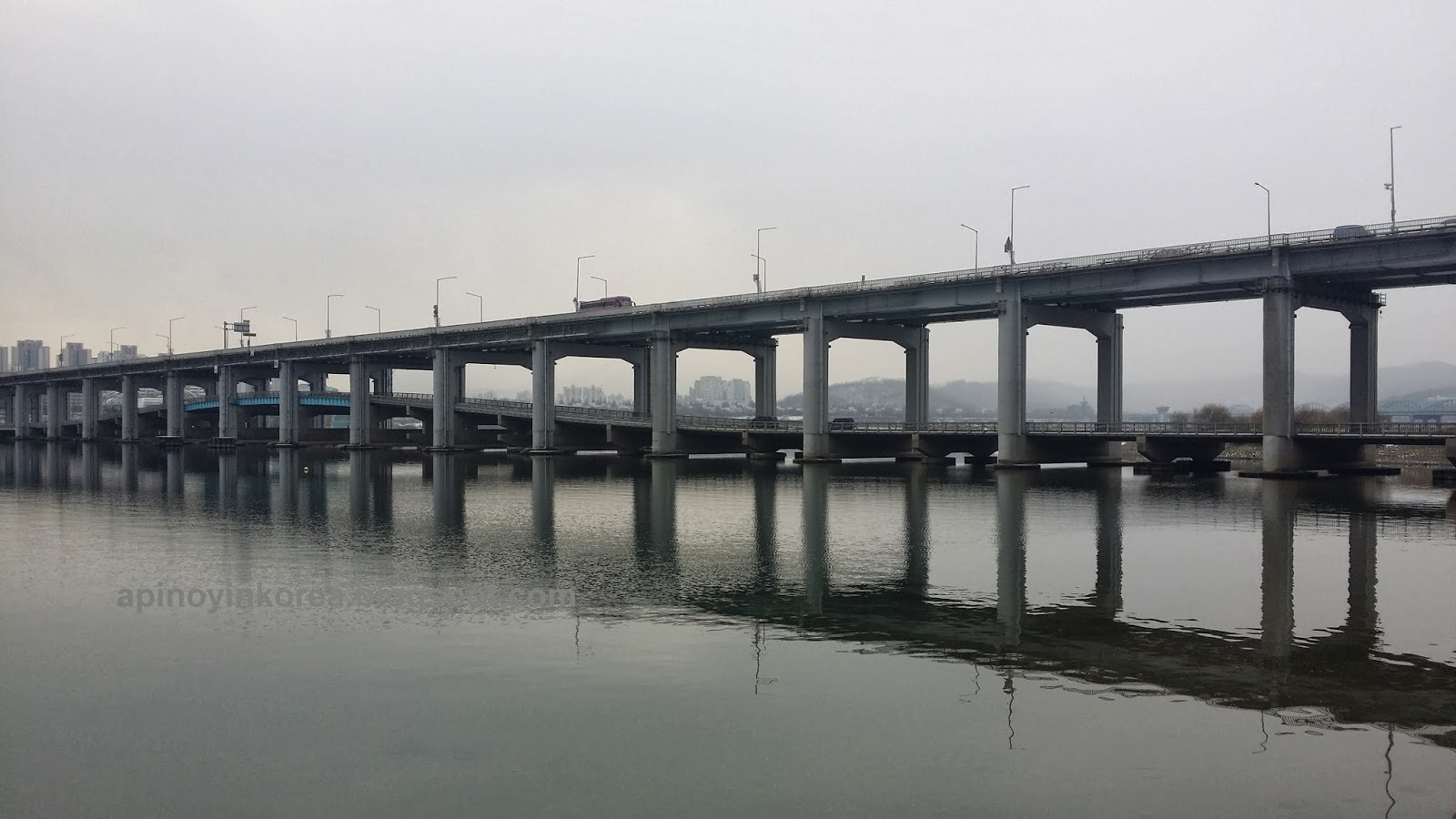 Hopefully, the days will get warmer and the skies will get brighter. In the meantime, I had to make do with the cold days, the short walks and a gray river. 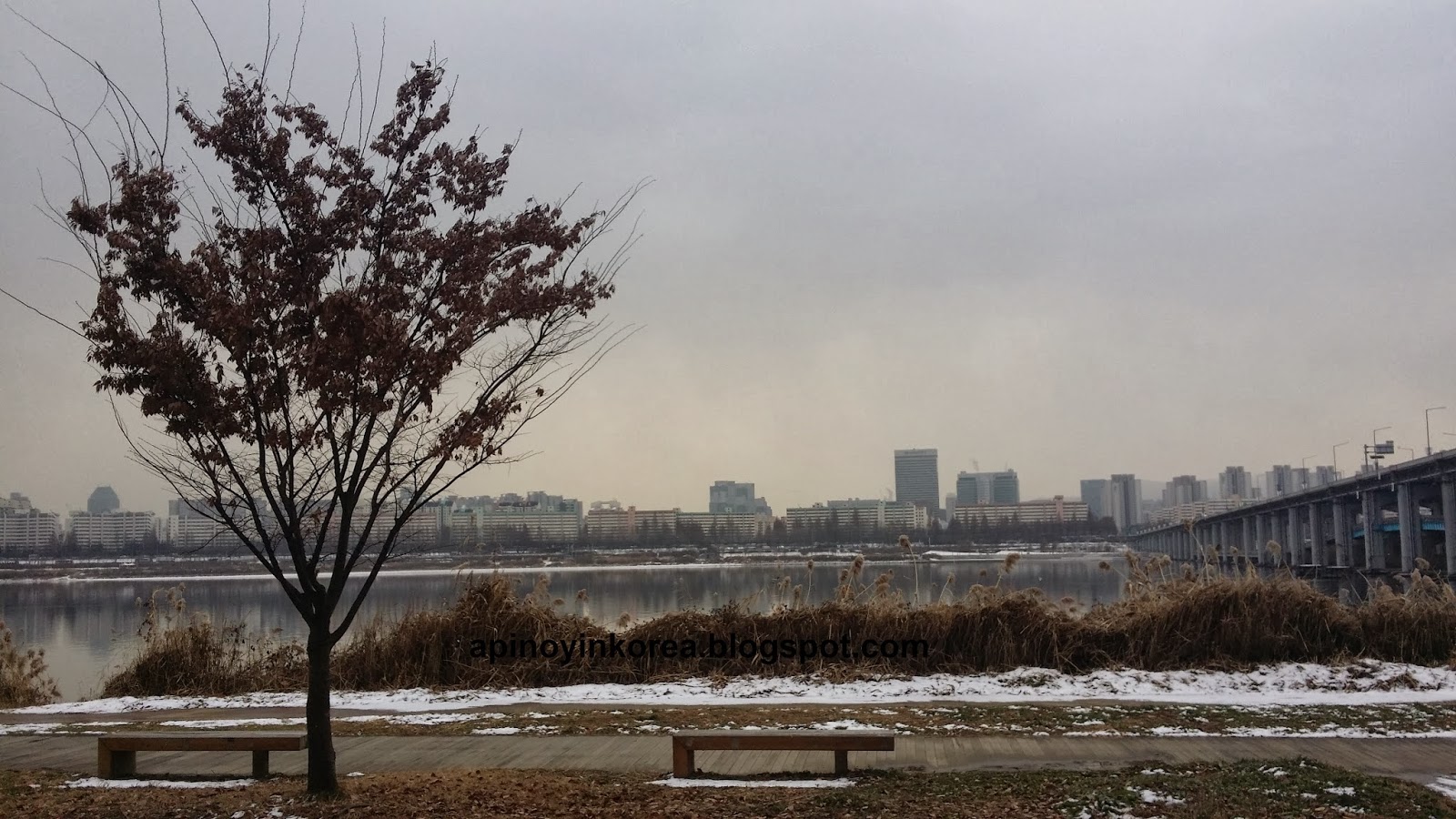 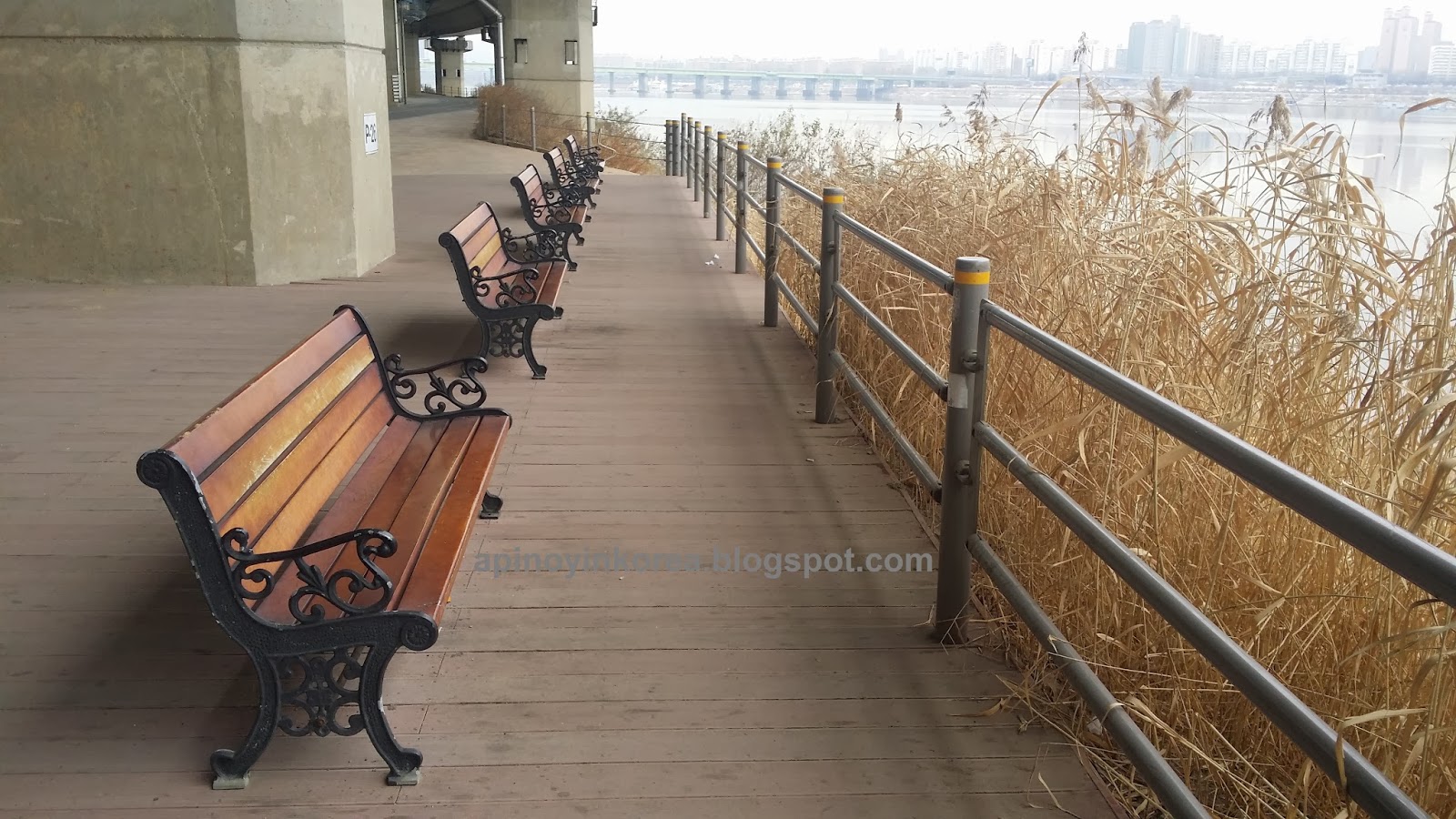